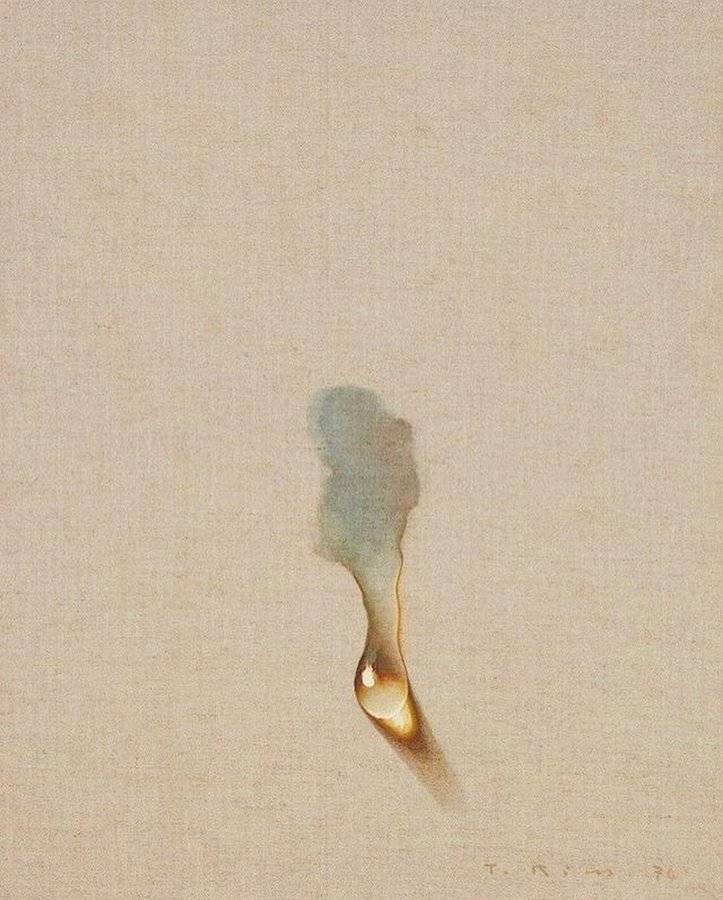 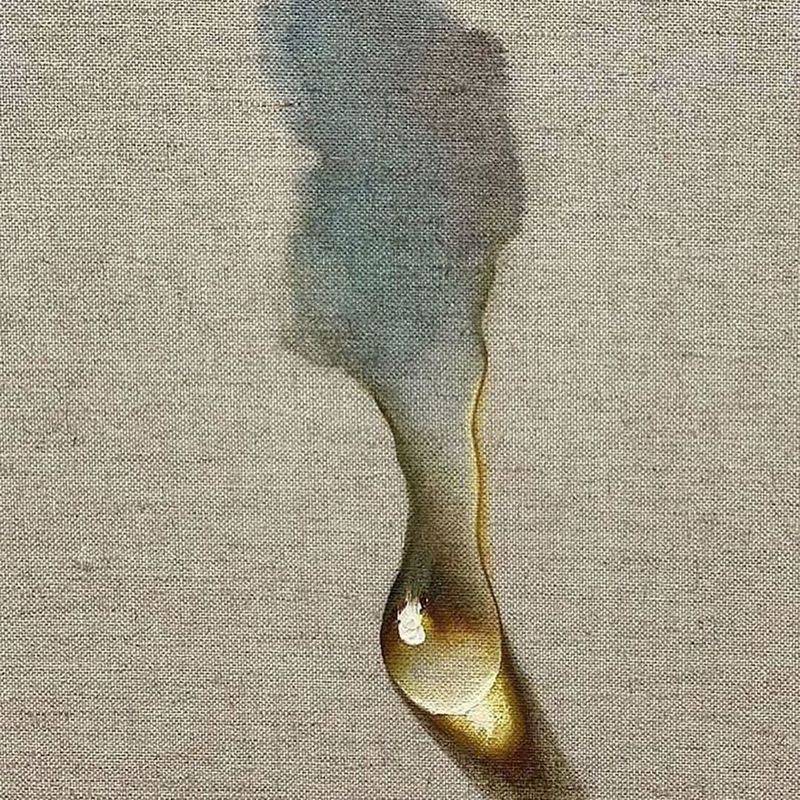 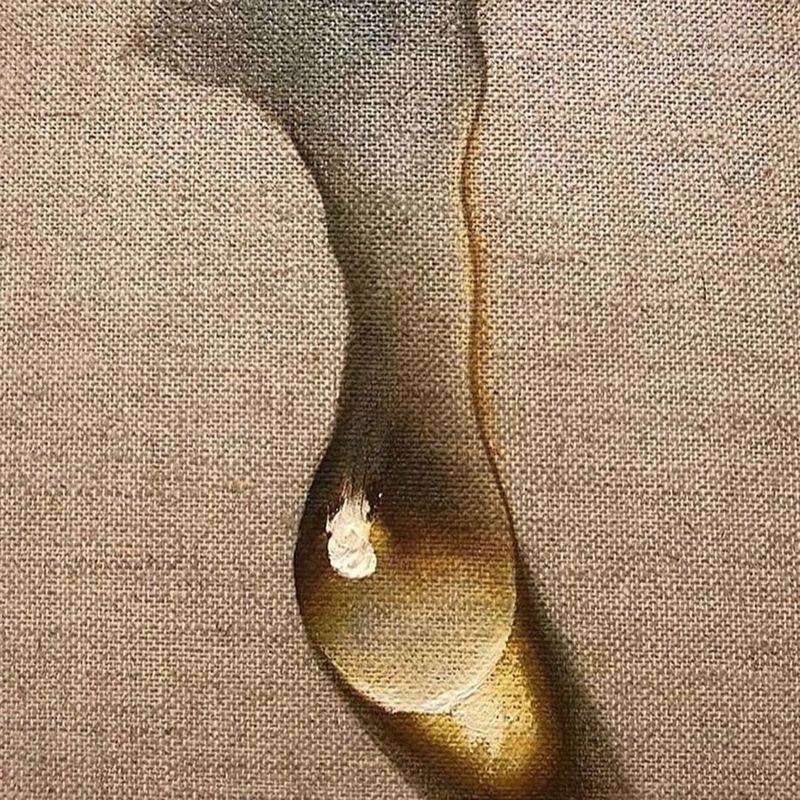 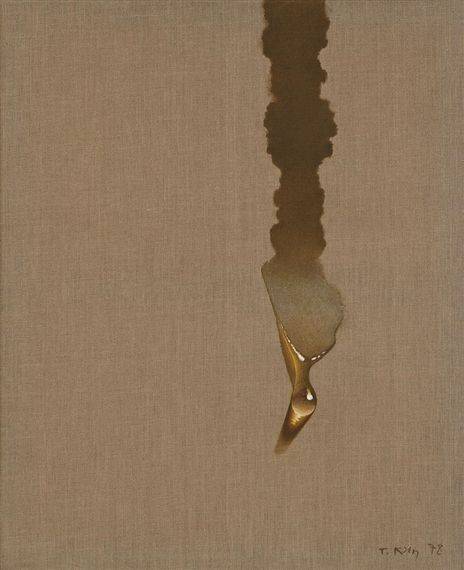 Glistening in light, the pearl-like, bright water drops look so surprisingly real as if they might drop from the canvas at any minute.

For more than 40 years, artist Kim Tschang-yeul has persistently painted only one thing, water drops. Though it is hard to comprehend at first glance why the artist, better known as a "water drop painter," spent the better part of his life painting them, one can naturally assume they must mean a lot to him.

Ironically, the 86-year-old said they don't mean anything.

"Water drops mean nothing to me. If anything, they help me erase memories," he said in a recent interview with Yonhap News Agency at his residence in Seoul.

Kim was born in Maengsan, a small, mountain town in North Korea, in 1929, when Korea was still one country under Japanese colonial rule. Living with his extended family, he was taught Chinese characters by his erudite grandfather, who wanted him to become a scholar.

In his early teens, he stumbled upon a book about Leonardo da Vinci in a local library. "Among many great men in history, he looked the greatest to me," he recalled the encounter more than 70 years ago as if it were just yesterday. "He happened to be a painter. I thought, 'I don't need to be ashamed of painting.'"

Once he set his mind, nothing, not even a long letter from his grandfather pleading his eldest grandson -- the one who was expected to carry the family heritage under the Confucius belief -- to reconsider the decision, couldn't stop him.

"Everyone in my family opposed me painting. My mother was the only one who supported me and my decision to become a painter."

In 1949, he entered Seoul National University, majoring in art. The next year, however, he had to leave the school as the Korean War (1950-1953) broke out. The following few years were both traumatic and life-changing as he witnessed firsthand the great tragedy of war.

"I saw countless dead bodies scattered on the streets. One time, I saw the body of a burnt woman hanging upside down on an electric pole near Seoul Station," he grimaced at the painful memory. "I have never seen a more gruesome scene in my whole life."

In 1957, he, with a few like-minded artists, led Korea's Imformel movement that had started in Europe to pursue abstract expressionism. In the '60s, he started venturing into a bigger league by joining the Paris Biennale in 1961 and the San Paulo Biennale in 1965. From 1966 to 1968, he studied at the Art Students League of New York. Eventually he settled in France in 1970, where he married a French woman and spent the next 45 years.

Less than three weeks ago, the Jeju provincial government opened the Kim Tschang-yeul Museum to honor the artist who briefly lived on the southern island during the war. He donated 220 pieces of his paintings to the 1,587-square-meter museum that sits on 4,990 square meters of land.

"As I got older, living in a foreign country increasingly felt like being in exile. I always wished I had a final destination to settle down, and Jeju accepted me," he said at a press briefing before the opening ceremony of the museum on Sept. 24.

"The famous monk Dharma meditated for nine years facing a wall in a cave to achieve spiritual enlightenment," he said. "I painted water drops for 40 years but wasn't able to reach dharma's level of enlightenment. But I earned a museum instead."

One morning in the early 1970s, he woke up in a barn in a Paris suburb that he was using as his studio and home. The previous night, he sprayed water on a canvas to remove the dried oil paint and reuse the canvas. The sunlight was slanting through the small window. Water drops on the canvas were shining glamorously.

The view struck him like a bolt of lightning.

"It was spectacular. It was like a symphony," he said. "I took pictures of them and started thinking about how to express them on a canvas. Then began my lifelong task."

He painted the same thing over and over again because he was a "fool who couldn't do anything else," he said with modesty. But engaging in what he called a "foolish act" for such a long time, in fact, was his way of earning inner peace and healing the deep scars that haunted him since the war.

"For me, thinking about transparent water drops is an act of making bad things go away. I've dissolved and erased horrible memories by painting them countless times," he paused before saying, "I'm almost cured, I think."