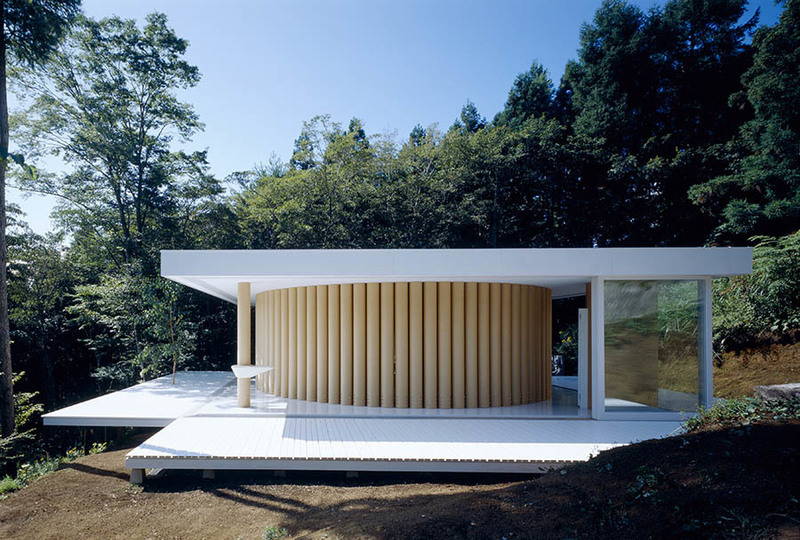 Shigeru Ban is a Japanese architect, winner of the Pritzker Architecture Prize in 2014 and most known for his use of paper to construct his buildings.

Known as the Paper House (紙の家), Ban's first paper-based construction required special building code approval and became the first project that used paper as a structural base for a building. An S-shape configuration comprised of 110 paper tubes defines the interior and exterior areas of the paper house.

According to the Pritzker Prize, he attributes his desire to use recyclable materials to Japanese culture and his upbringing. Ironically, Ban may be closer to the old modernist ideals than many who build today in glass and steel. He wants beauty to be attainable by the masses, even the poorest. Ban first began to use the tubes in the '80s, in exhibitions. Impressed by the material's load-bearing capacity (he calls cardboard "improved wood"), he thought of them again in 1995, after the Kobe earthquake, and used donated 34-ply tubes to build a community hall and houses. "I was interested in weak materials," says Ban (age 42 at the time of his interview with Time). "Whenever we invent a new material or new structural system, a new architecture comes out of it." 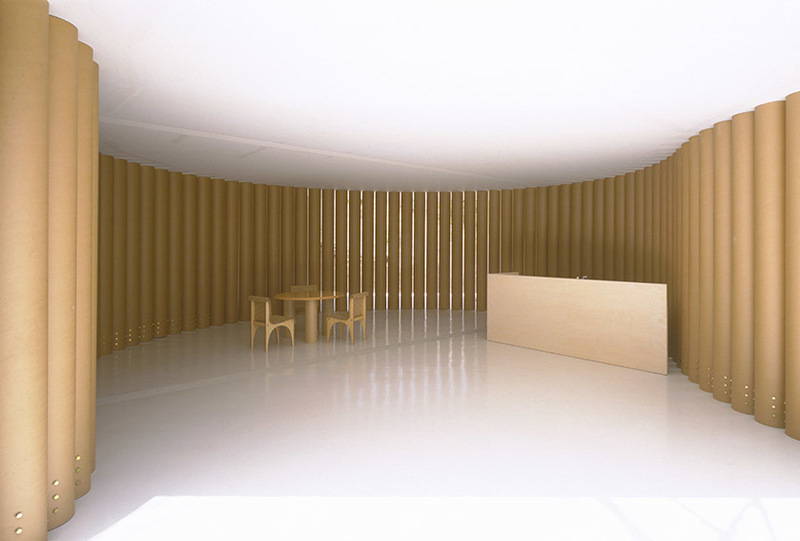 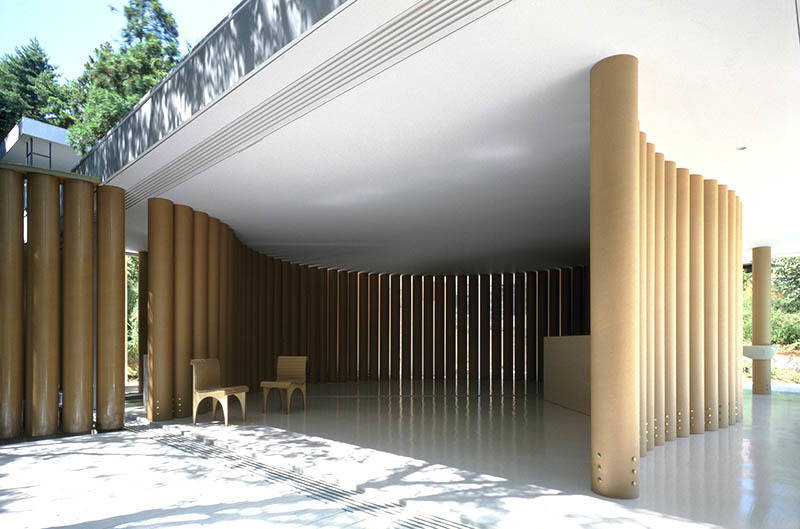 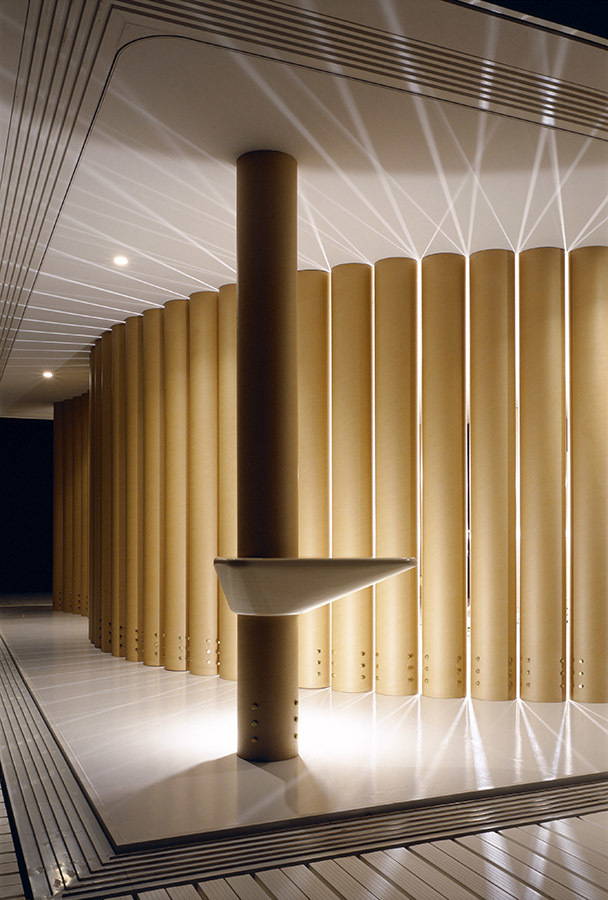 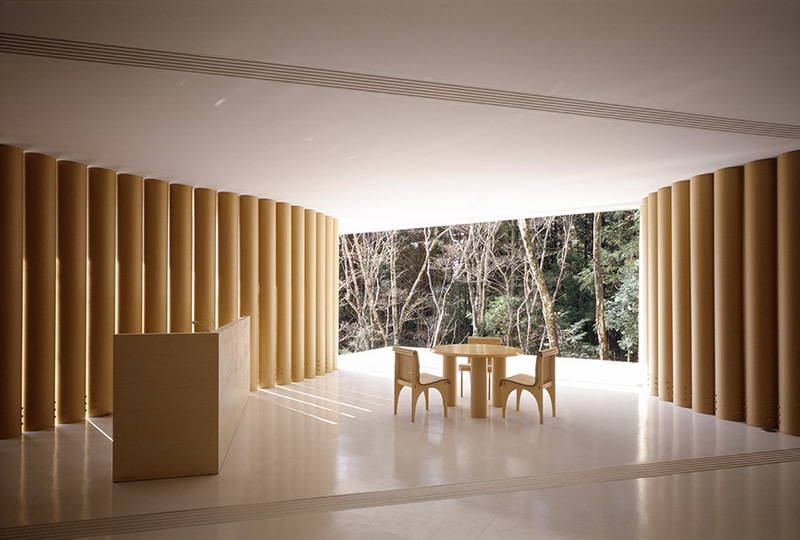 A description of the Paper House project from the architect firm reads:

Ten paper tubes support the vertical load and the eighty interior tubes bear the lateral forces. The cruciform wooden joints in the bases of the columns are anchored to the foundation by lug screws and cantilevered from the floor. The large circle formed by the interior tubes forms a big area. A freestanding paper tubes column with a 1.2m diameter in the surrounding gallery contains a toilet. The exterior paper tubes surrounding the courtyard stand apart from the structure and serve as a screen. The living area in the large circle is without furnishing or detail other than an isolated kitchen counter, sliding doors, and movable closets. When the perimeter sashes are opened, the roof, supported by the colonnade of paper tubes, is visually emphasized and a spatial continuity is created between the surrounding gallery space and the outdoor terrace.

via Shigeru Ban and Time.